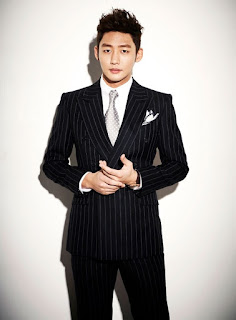 Actor Lee Tae Sung reveals that his next project will be to join the army.

On April 4th, the actor attended the press conference for his next drama “Gold Appear” that took place at the 63 City in Yeouido, Seoul.

On the event, the actor said, “I think I will join the army once the drama is over. I gave a lot thought if to appear in this drama, but I wanted to repay the love of my family and fans with work.”

The actor, who made headline in November, after revealing that he was married, with a woman seven yers younger than him, and that he has become a father. He revealed that even though his marriage is register, he wanted his wife to have a proper wedding.

The actor further explained, “I am currently thinking about my upcoming wedding. I think I must get married soon, since I will join the army. I feel very responsible now, as I am the breadwinner of my house.”

The actor plays the role Park Hyun Joon, the middle child, of a family that owns a jewelery company. He is often in competition with his older brother Park Hyun Soo (Yeon Jung Hun) to get the title of CEO away from him.

“Gold, Appear” is family drama that will talk about the reality of a middle class family and their money problems. The drama is set to premiere on April 6th at 8:15PM (KST) on MBC.