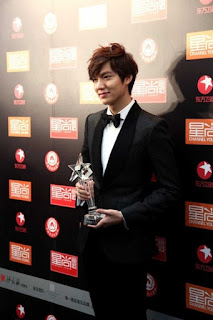 Hallyu star and actor Lee Min Ho met with president Park Geun Hye. Actor Lee Min Ho on April 4, 2014, attended a meeting titled "Strategies to successful Hallyu" which was initiated by the president, and led the discussion in the meeting. In addition to actor Lee Min Ho, media specialists and marketing specialists attended and discussed ways to develop the national market and younger generation actors. Lee Min Ho, as the only actor in the meeting, shared his experiences as an international Hallyu star, and suggested his opinions for continuous development of the Hallyu culture abroad. In related news, Lee Min Ho went to China on April 10, 2014, to attend a promotion. Lee Min Ho is going to start filming the movie Kang Nam Blues starting in the middle of April.