Kim Yoo Mi Opens Up About Her Relationship With Jung Woo 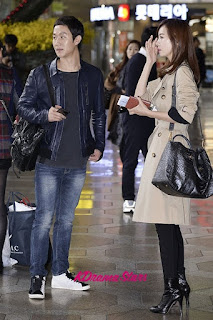 Actor Jung Woo has been gaining a lot of attention for his role as Garbage in the highly popular drama “Reply 1994”, but despite being one of the strongest husband candidates on-screen, he’s already in a relationship with actress Kim Yoo Mi.

During her appearance in the talk show “Radio Star”, the actress opened up and talked about her highly publicized relationship. She shared, “Many people are asking about our relationship, but truthfully, since Jung Woo and I are both actors, we have to be careful.”

When asked to do a video message for her boyfriend, she rejected and explained, “I’m being careful because the drama he’s in is very popular and I don’t want to cause problems for the viewers who are highly immersed in the story.”

MC Kim Gura hilariously commented, “Yoo Yeon Seok has a lot of screen time now and even Sam Shun Po (Kim Sung Gyun) is getting a lot of parts nowadays because of his love line. Don’t worry because Jung Woo’s scenes have slightly decreased.”

Meanwhile, Kim Yoo Mi revealed that Jung Woo was the first one to ask her out. The two worked together in the movie “Red Family” which premiered early this November. She also shared that she’s an avid fan of his drama “Reply 1994”.

After they confirmed their relationship, rumors about marriage started to circulate the web, but both parties have denied this claim. They have also met some controversy involving Jung Woo’s former girlfriend Kim Jin.

Watch Jung Woo in “Reply 1994” every Fridays and Saturdays on tvN. 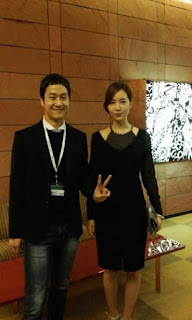