Joo Won?s ?Ghost? Co-Star Ivy Is Scared Of His Fans 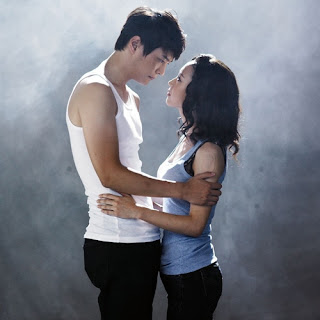 Actor Joo Won is very vocal about having feelings for his co-stars during filming, and while there have been some who admitted being attracted to him as well, there is one actress who doesn’t want to fall in love with him.

During the press conference for the musical “Ghost”, his co-star Ivy was asked, “There are women who expressed interest in Joo Won. As his co-star, were there moments when you wavered while working with him?”

Ivy answered, “In Joo Won’s case, it’s difficult for me. During a previous production, I had a sexy number with 2PM’s Nichkhun and his fans went crazy on my homepage. Since Joo Won is very popular right now, I’m being careful. He has a lot of good points as a man, but I don’t feel anything towards him.”

Meanwhile, she talked about acting alongside Joo Won. She said, “Acting as a couple, it seems that we have secured the top spot in terms of search rankings. There is a scene where his character Sam hugs me from behind as I do pottery and it’s my favorite scene.”

While there is nothing romantic going on between the two, Joo Won and Ivy show their chemistry for a production in the show “Yoo Hee Yeol’s Sketchbook” and even capping off the performance with a kiss.