How Does The Cast Of ?The Heirs? Sleep? 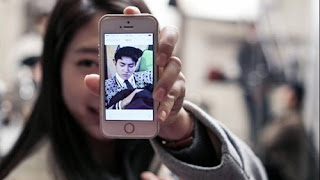 From filming for a drama that runs two hour-long episodes per week to their individual activities as entertainers and idols, how do the cast members of “The Heirs” even manage to get a few hours of sleep?

Because of the demands of filming, the actors and production staff of “The Heirs” only catch sleep during their short breaks. Photos of the main cast during their resting time were released, showing that even TV personalities get tired as well.

Being the ones with the most scenes, Lee Min Ho and Park Shin Hye were reported to have only two to three hours of sleep per day. Lee Min Ho is seen getting as much sleep as he can on the bed, sofa and even sitting up, while Park Shin Hye sleeps while studying her script. Kim Woo Bin, Kim Ji Won and Hyungsik were also seen sleeping while they were sitting, proving their dedication towards making a quality drama.

According to a drama representative, “When we film, we have to go from one scene to another, leaving no time for the actors to rest in between. After we finish in the morning, we have to proceed with the filming. The actresses especially have to time to sleep.”

“Despite this, everyone is doing their best to repay the viewers who have supported the drama since the beginning, not even minding the fatigue and all-nighters. Please continue to look forward to it.”

The latest episode of “The Heirs” received the highest rating yet with 22.1%. 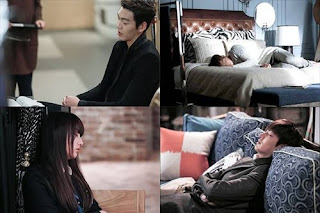 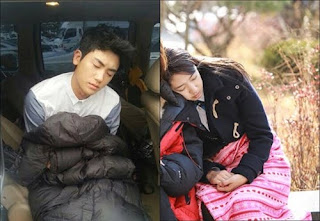 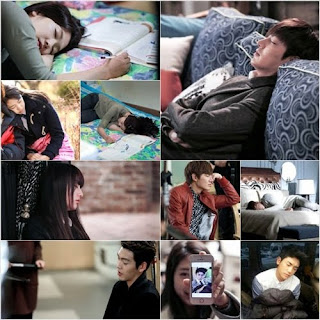