Choi Ji Woo Denies She is Coming Back With MBC Drama ?Gold, Appear? 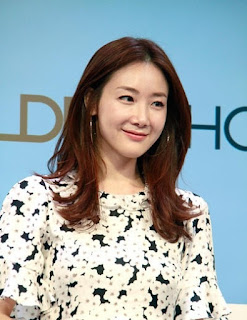 Early in the day, reports on the actress accepting the offer from MBC to appear in their upcoming weekend drama “Gold, Appear” were released in some media outlets.

At that time, those reports said that she carefully chose that drama to finally make a comeback to drama, after a 2 years hiatus.

However, her agency, C, JW Company, released a statement on March 5th, denying the rumors, they said, “It is true that we received the offer from MBC, for the actress to appear in “Gold, Appear” but we decided to reject the offer.”

They also revealed that the actress is carefully choosing what drama she will make her comeback with.

“Gold, Appear” written by Ha Chung Ok (Pumpkin Flower), directed by Kang Dae Seon (My Name is Kim Sam Soon, My Princess, Damo, I Do, I Do) and produced by Lee Kim Productions, is family drama that will talk about the reality of a middle class family and their money problems.

The drama is set to premiere on April, after “Rascal Sons” ends.