Actress Yoo Chae Young Passes Away After Battle With Cancer 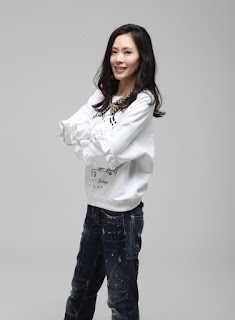 Her agency announced through a statement, "Singer and actress Yoo Chae Young passed away at the age of 41. She found out about her late-stage gastric cancer in October last year."

They added, "She passed away at the Severance Hospital in Shinchon at 8AM on July 24. Her husband and family were by her side until her last breath, but unfortunately, she did not leave any last words. We hope everyone remembers her bright and cheerful personality. May she rest in peace."

As a singer, Yoo Chae Young was first introduced as a member of the group Cool, and they enjoyed success through their album "Emotion" in 1999. She also became known as an actress through the hit 2002 movie "Sex Is Zero," and its sequel in 2007.

She also made a name in the broadcasting industry through several hosting projects and guest appearances, which introduced her positive persona.

According to her representatives, she is survived by her husband Kim Joo Hwan, but the couple have no children. Meanwhile, arrangements for her funeral are still in discussion.

Condolences to her family, friends, and supporters.