VOTE NOW: Round 1 Of ?Rising Legends Season 2? Presented By Cube Entertainment And Soompi 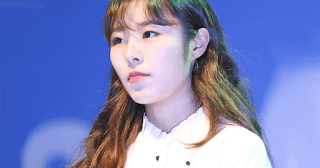 Welcome to round one of Cube Entertainment and Soompi’s audition event, “Rising Legends: Season 2”!

Last month, we announced season two of “Rising Legends,” the ultimate fan-led talent search, and were absolutely blown away by the thousands of talented Soompiers out there.  A big thank you goes out to everyone who submitted a video and showed their passion for singing, rapping, and dancing!

Now, the hard part. Although we wanted to feature all of the submissions, only about 5.5 percent of the submissions could move on to the voting rounds. Cube Entertainment and Soompi experts listened to all of the thousands of entries, and made some difficult choices to bring you just 50 per category. And from now on, it’s up to you! Rounds one and two consist only of audience voting, round three will be a combination of audience and judges’ votes, and round four will once again be solely based on audience votes. So make sure to vote for your faves to see them to the top!

Don’t forget, at the end of four rounds of voting, the finalist of each of the three categories win a video conference interview with Cube Entertainment, who will review all of the materials as well as determine whether they would be a good fit at the company.

And one Grand Prize winner – determined by a combination of total votes and judges’ scores – will receive a 5-day trip to Korea to interview with Cube Entertainment talent scouts (along with other perks, like being filmed for a Viki reality series and joining our interviews with idols!).

You can vote for multiple contestants one time per hour, from now until September 6, 11:59 p.m. PDT. Without further ado –