The Amount of Makeup Girls? Generation Used When They First Debuted Will Surprise You 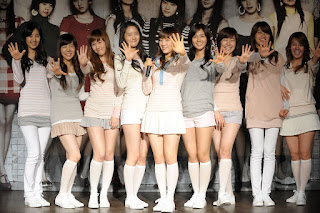 Girls’ Generation definitely had one of the most iconic debuts in the history of K-pop.

But the most surprising thing about their debut is that they barely used any makeup at all, even while filming their music video.

The girls had debuted with a fresh-faced and innocent concept, which involved everything about their looks being kept as natural as possible.

It was noticed that the girls only had a thin layer of foundation and some clear mascara for eye makeup.

This is incredibly different from the makeup the girls have used in their recent comebacks but there is no doubt that they look amazing regardless.

But the fact that they still looked flawless with barely any makeup on definitely solidifies their status as K-Pop’s top visuals.