[?BREAKING] GOT7 Jackson cancels activities after doctor orders him to stop performing 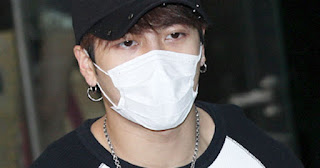 GOT7 Jackson will not be participating in GOT7’s upcoming Japanese promotions.

Sony Music (who is in charge of GOT7’s promotions in Japan) has released a statement concerning Jackson’s absence in the groups planned schedules.

“Thank you for always supporting GOT7 Jackson.

This is an announcement regarding GOT7 Jackson’s condition.

GOT7’s Jackson needs some resting and some time to get back into performing condition.

After an examination from his doctor, it has been decided that he will not be participating in GOT7’s Japanese promotions.

Excluding special, unique situations – GOT7 will promote as 6 while they are in Japan.

No additional news on Jackon’s health condition has been released at this time.